We’re in a hotel.

Despite that, the day was great.

Started out in New Brunswick

..after buttoning up the dogs against the chill and wet in the air. 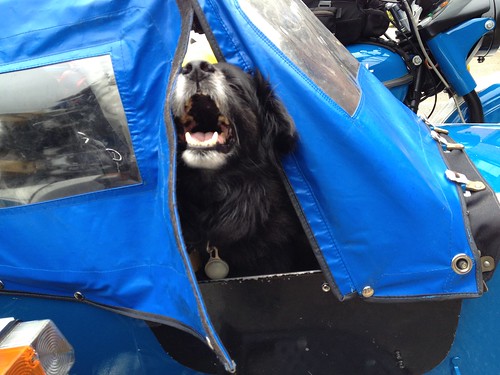 Made some pit stops at the ATM and Wall Mart for drugs (NyQuil and Tylenol with Codine! :D ), and got the first drips of the day whilst waiting in the parking lot. So, we dug out the rain gloves, and Dachary grabbed her FroggTogg rain pants, just in case some real rain set in, which it did just a few miles down the road.

Some boring highway riding until we turned off into the Fundy National Park which was gorgeous, and the Ural ran out of gas (had to switch to reserve) before we made it to Alma with damp hands, somewhat chilly cores (Dachary moreso than me) and a pressing need for fuel in the bikes, and our tummies.

We found a picnic bench with a roof over it, and while I was ordering food, she noticed the water rising visibly during the handful of minutes I was in there. “Go take pictures” she ordered, and I did. 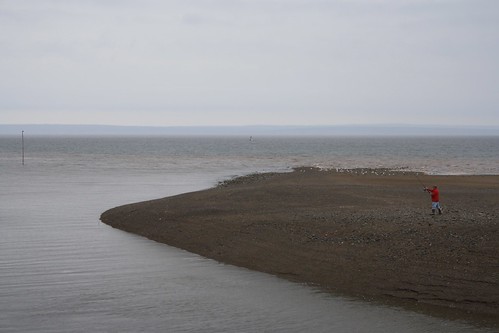 …and we proceeded to eat our $50 lunch. Credit where credit is due, it was really good, and the Seafood Chowder was full of various bits of seafood, but still… not $50 worth. 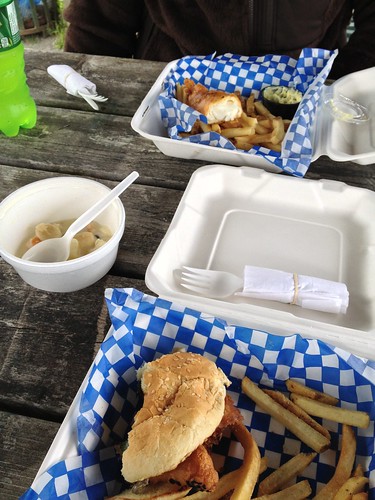 Now, for the real pictures she sent me to get: 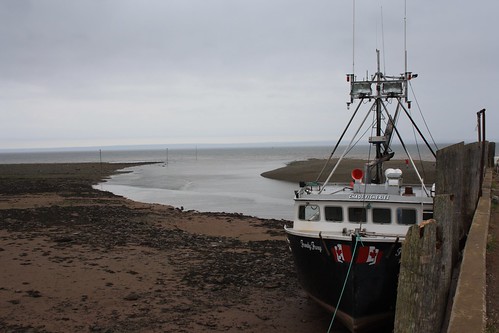 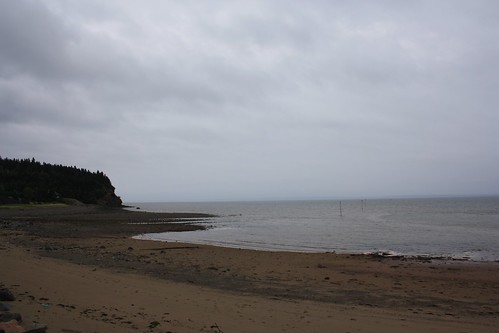 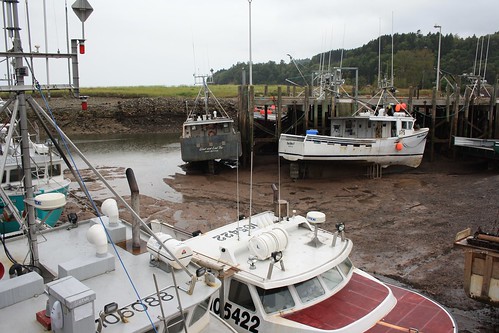 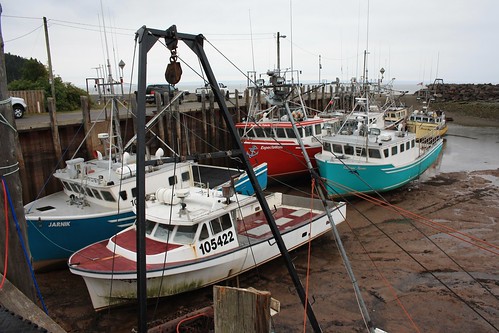 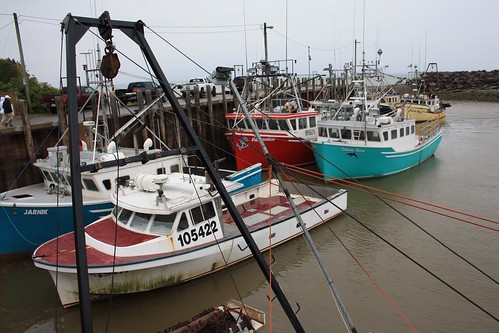 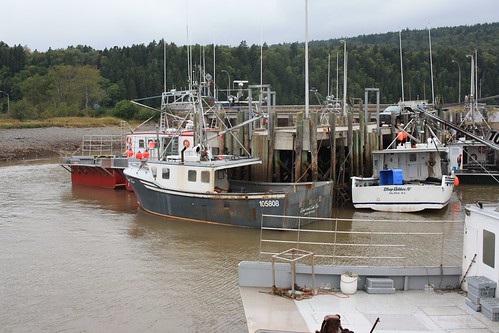 During this time I acquired British Rocker Hair 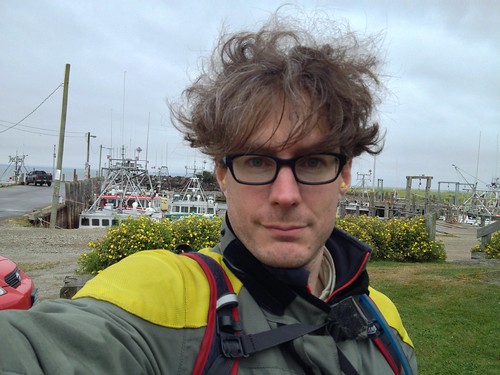 and my dog looked stoic for a moment. 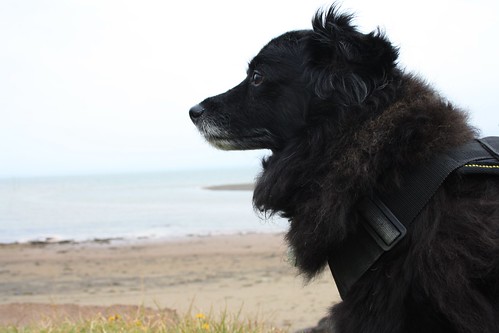 We got back on the road for a bit, and Dachary saw a sign indicating the scenic road went off to the right “Should we take it?” “Yeah sure, why not?” And then another sign revealed that it was the road to Cape Enrage, which we absolutely couldn’t miss because of the name.

Turns out the road there is great, and filled with hairpin turns marked out at 30kph because they are just that sharp, with steep uphills thrown in on some too. It was great. Barely kept the sidecar from flying. I had to really lean in to it.

Cape Enrage was great, with a dry(ish) wind blowing in off the sea. We let the dogs out, and Bandido was ecstatic. This is probably the first time he’s seen the ocean since he lived on the beaches of Puerto Rico. 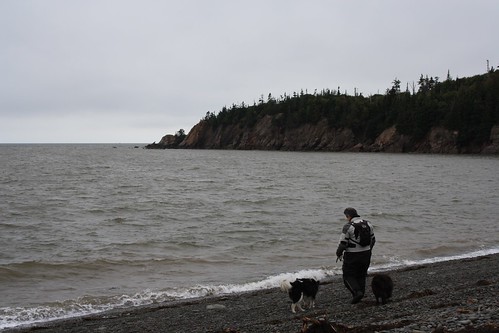 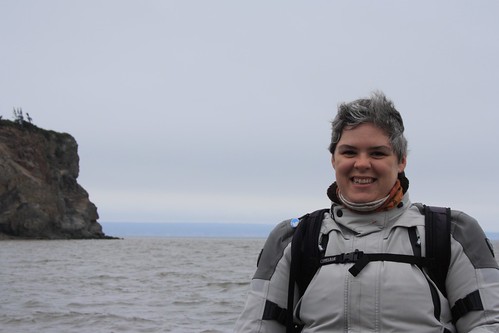 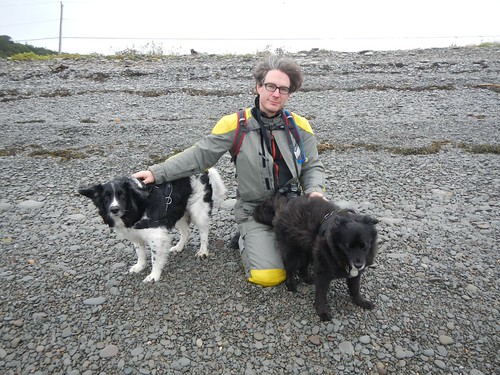 We, of course, made the required Rage Faces whilst there. 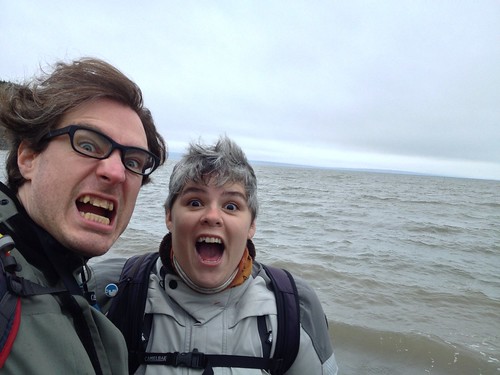 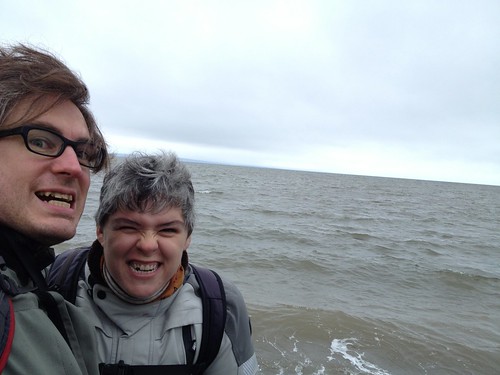 And then compensated with a kiss 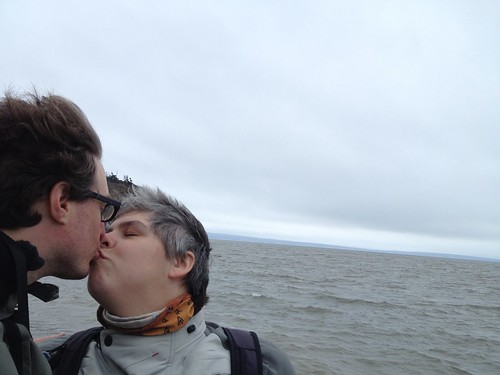 But then Dachary had to make a Bonus Rage Face as were about to get back on the bikes. 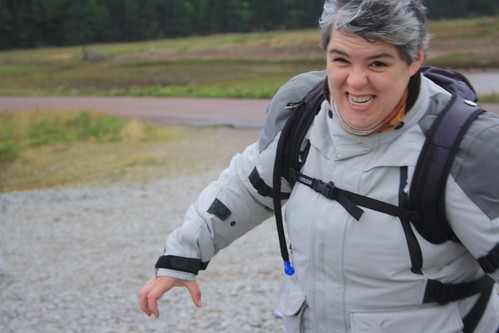 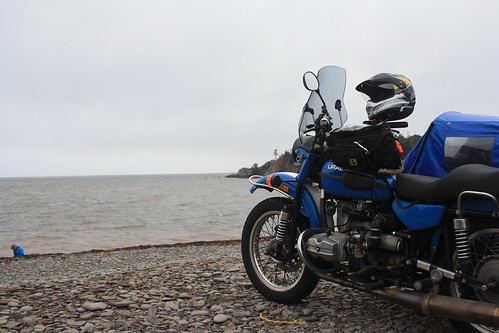 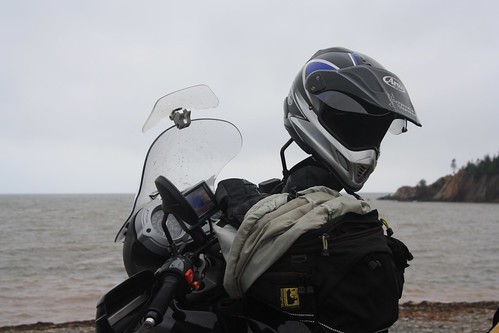 Behind all that gorgeous sea was a … marsh? Tidal plane? … Something pretty. 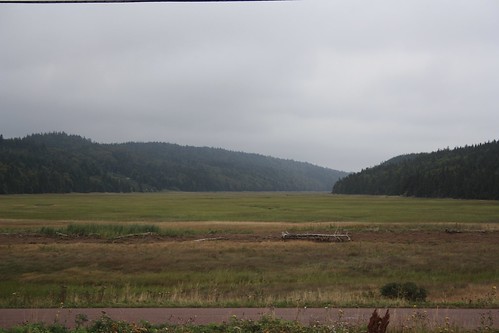 Whilst suiting up I turned to Dachary an announced in a declarative tone, “I have discovered the Spot Tracker.” She turned to me with such a look… “This must be some sort of a joke. I’m just not getting it.” her face said. “Are you… serious?” she asked, tentatively. I tapped my tank bag in response.

It had been hiding under a map from a campground in the Catskills.

I pressed the button and it had enough power to send a tweet to our twitter account and track us for … well, not far… Our Spot Tracker Page is here.

We continued down the road a mile or so to the lookout, where they charge you $5 per person to stop… which I did exclusively so I could pee. But, we made the most of that $10. “I’m gonna photograph the shit outta this place”… or something to that effect. 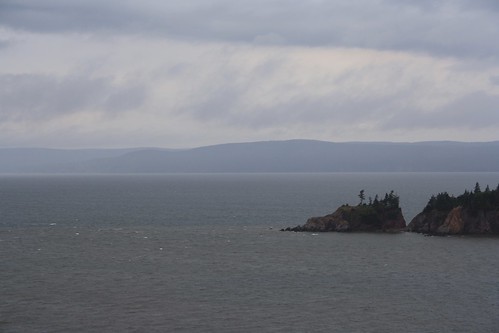 And acquired insane hair in the process 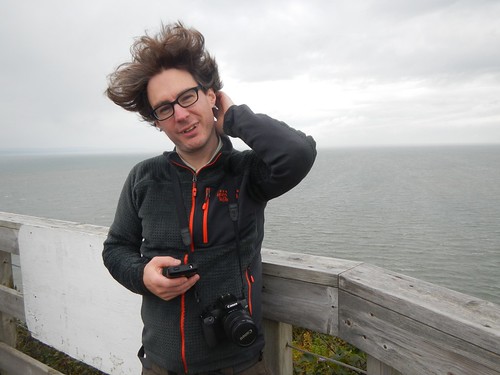 We met a man and his wife who had driven up from North Carolina, who rode an Electra Glide back home…. or some similarly comfy sounding like that. 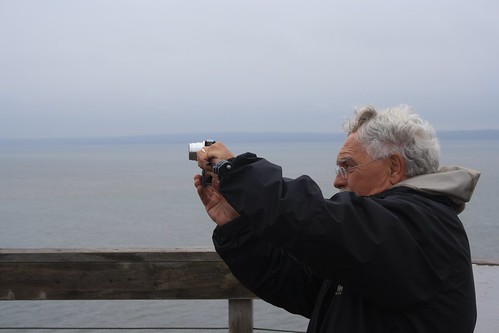 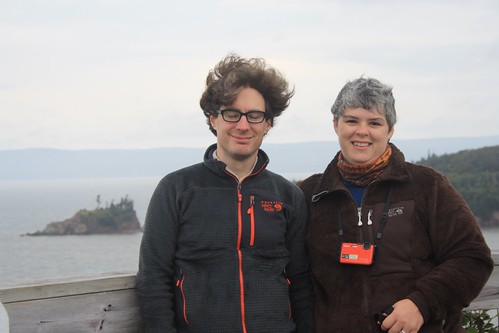 Afterwards we made our way towards Nova Scotia, by heading away from it, and stopping on the shores of the Chocolate River, next to a Tidal Bore, which we didn’t see (wrong time of the tides I’m sure) in Moncton, got our bearings, filled up with Gas and somehow managed to purchase a KitKat which cost $3.75… I came out of the gas station with this bewildered look on my face I’m sure. 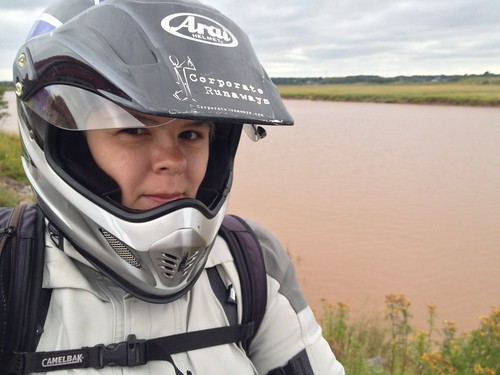 We found a campground we thought we could make, but it was still a ways away, and it would be pushing it, but the rain had let up. So, we headed out, and the rain came back, more, and more…. We’re back at highway speeds getting drenched upon. Dachary’s thighs are soaked (we don’t know why her FroggToggs failed her), all of our hands are damp (rain gloves only do so much) we’re both starting to feel exhausted, we’ve gone to long without eating and I say “This weather is making me think a hotel is a good idea too.” She asked me if I was sure, since I’d really been pushing for us to camp, and I said “We’re both tired, your still sick, we still need to eat, it’s wet, setting up a tent in the rain will be miserable, and you’ve been cold all day.”

And then, unable to find anywhere nearby that had food that involved vegetables other than french fries (which don’t count) we walked across the street and got Wendy’s.

Still, it was a great day. You know it’s been a good day when there are nearly 200 photos to go through. ;)

P.S. Fresh batteries are in the spot tracker.