We’d left the tent fly partially obscuring the tent because the weather forecast had said it might rain on us, and the day started with Dachary waking me up because it was starting to rain. I jumped out of the tent and pulled the fly completely over us to keep the rain out. It seemed like as good a time as any to pack up and start the trek home, so Dachary checked the weather forecast and saw a decent window in the rain to let us get out. We packed quickly and made good time, getting out of the campground in under an hour. It felt like some kind of record.

Last night before settling in, the lady at the campground had given us the heads-up on a breakfast place just down the street, and we’re happy to have taken her advice. Good food, good portions, and a good start to 5 hours of slab. A bit rushed, as dark clouds were once again piling up behind us when we pulled out, and we’d already gotten dripped on by the storm’s advance guard.

But that was ok. We had one goal today: get home.

We didn’t pass much in the way of scenic stuff. 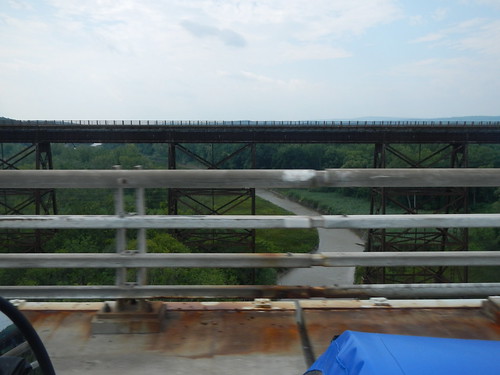 And it was all Highway we’d ridden before, but we were eagerly looking forward to our bed, our air conditioning, our bed, our shower, and our bed.

Hit the slab, ride, check the storm in the mirrors, gas… “Ooh Starbucks” Neither of us were really wanting it right then, but Dachary is a fan, and I figured after that horrid night’s sleep it was best to get some extra caffeine in me… Ride, slab, McDonalds nuggets for lunch (so sick of sandwiches), gas, ride, gas ride… So close!

The rat droppings were not a happy discovery. We’ve had a serious rat infestation here in the house before. Serious to the point that we researched how powerful a BB gun had to be to penetrate a rat, bought two, and proceeded to walk around the house armed at all times (especially when visiting the bathroom at night). We shot two, trapped two, poisoned about four and felt terrorized in our own home by disease ridden (about 22 diseases, potentially including The Plague) for weeks. 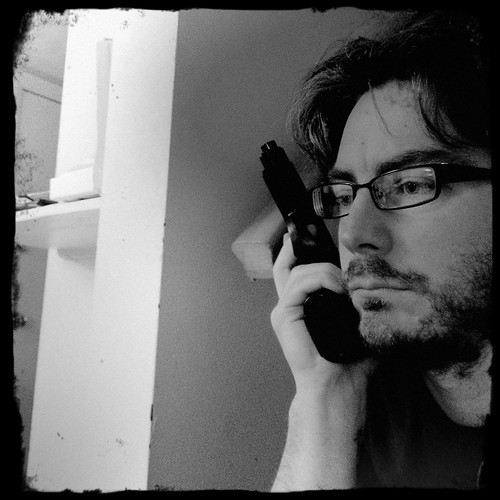 (Me literally sitting in wait to shoot rats back in November)

When Dachary found these all the thoughts she’d already been having about wanting to get out of the city, and hating feeling stuck here just came rushing back twenty fold. Combined with the fact that she’d just spent eighteen days doing her most favorite thing in the world – riding – and now faced way too many months of writing boring articles on various mundane topics left her in a very unhappy state.

We weren’t excited to be home. We were just very happy to have a chance to rest. I think that’s one of the reasons Dachary wanted to try and do the whole thing last night. Just get home and have a full day of rest, but seeing those rat droppings… made the return home even less joyful. But, we’re back now. We’ve learned plenty to start prepping for the Round-the-world trip (as soon as we can figure out the financing). We’ve got a roof over our heads, and food on our plates. We’ve just spent eighteen days seeing the US. And despite the rats, the heat, and the exhaustion… we’re happy to have done it, and happy to have been able to share it with you.

We’re working on stats for the trip. And I’ve got a few posts worth of thoughts on it, the ural, the kit, and more that we’ll get to you soon. The days, and nights, since getting back have been pretty busy thought and we’re trying to catch up on sleep as best we can (yes, even 4 days after). 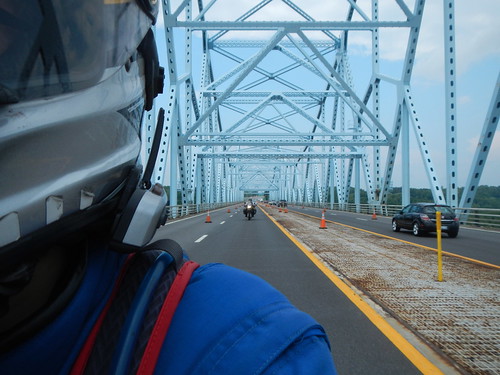