We got up at 6:00 AM. I walked the dogs in the light of a beautiful sunrise. 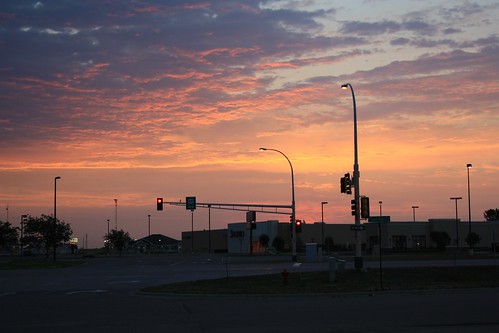 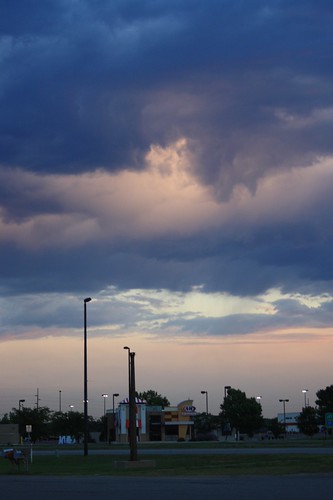 Despite our attempts at efficiency it was still an hour before we were on the road. 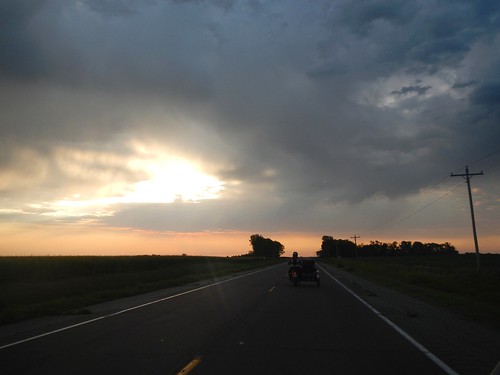 The weather was cool, and it wasn’t long before we had a hundred miles under our belt. Along the way we sat for a few minutes waiting for a pilot vehicle at the end of more road construction. Dachary had an interesting discussion with the woman and discovered that she’d been there since about 5AM and would be standing out in the sun until 8PM. Talk about a long day! 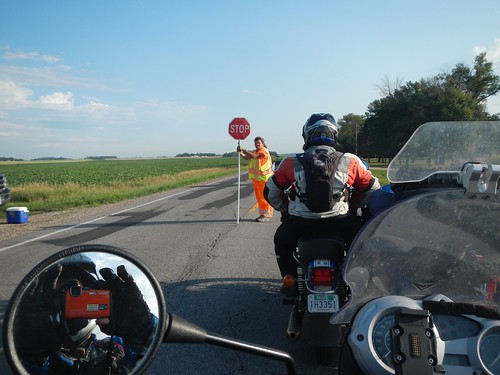 At our first fill-up I asked some locals who served good breakfast around there. They both agreed that Bump’s was the place. They were spot-on. Nothing fancy, just delicious American-style breakfast. My “Everything Omelette” was filled with flavor, as was Dachary’s serving of “Bump’s Skillet”.

We had to move fast afterwards though. Dark skies were brewing behind us and heading in the same direction we were. Dachary tried to capture it over her shoulder, but what looks like blue skies in this pic, is actually the dark underside of the storm-front trying to catch us. 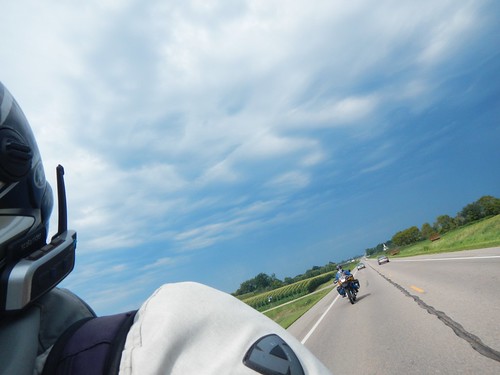 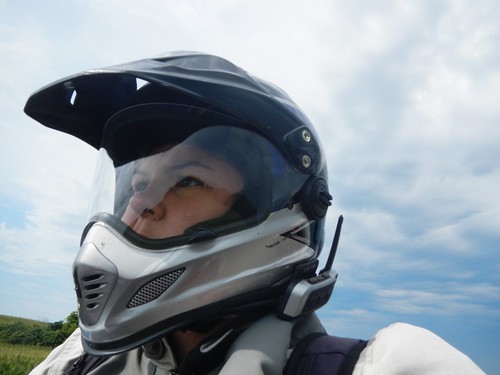 The next fill-up was supposed to be a gas and go, but I was falling asleep and needed caffeine. Dachary wasn’t thrilled, but she values my safety more than our schedule, which is one of the reasons I love her. While in there I finally found another pair of sunglasses that fit over my normal glasses to replace the broken flip-up ones. 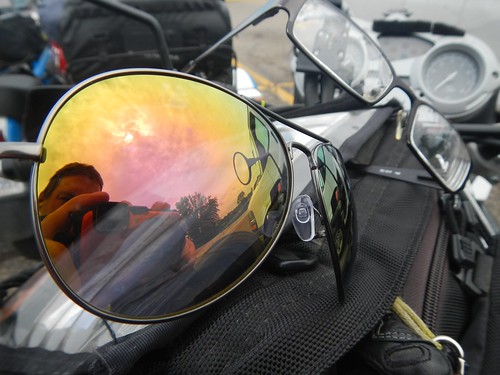 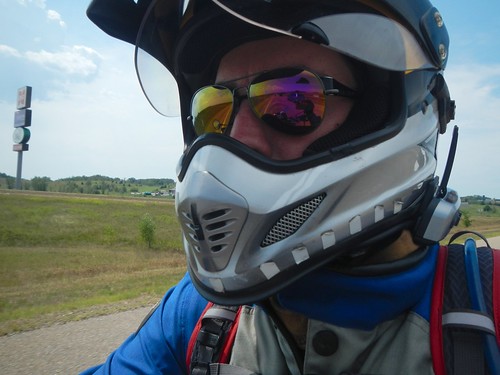 They’d do any cop proud I think.

Walked and watered the dogs, consumed our caffeine, and back on the road. Towards the end of this tank I was getting tired, but able to hold it together.

Dachary’s Note: We stopped for gas opportunistically because I wasn’t sure when the next gas would be or how the Ural was doing on gas mileage, and it seemed like a good time to grab lunch, too. I went in and scouted, and told Kay that there was “food ready to go” if he wanted to go grab something nommy. He came out with a sandwich from Subway, which neither of us actually likes and which we accidentally had for lunch yesterday, too… I was a bit surprised.

When it was my turn to go in for lunch noms, I grabbed a “ready to go” pizza and cheesey bread thing, plus some Wisconsin cheese because HELLO! We’re in Wisconsin! Cheese is their thing! Came back out and Kay was all “I didn’t see food ready to go… I missed it entirely.” My food was better. Most of Kay’s sandwich went to the dogs. On top of a fair amount of Kay’s breakfast, plus the side order of sausage we got just for them today. And some Wisconsin cheese. The dogs are having a very tasty day. End Dachary’s Note

The next tank I did pretty well through, but Dachary really started to fade hard at the end.

It was 4:00 PM. We’d been on the road since 7:00 AM, and I declared that as much as we both wanted to camp there was no way she was going to make it 70 miles to the campground. “Executive decision.” I invoked. Before I looked stuff up I ran in to the gas station to pee, came out, and she had leaned forwards, her helmet peak resting on her tank bag, sound asleep. I woke her, grabbed my phone and stared looking for hotels. She went in to grab caffeine and something to snack on and ordered me to stretch the beast’s legs. So I did. Best not to argue with a sleepy girl.

She declared she didn’t want “another crappy hotel” after I’d called three local ones, and (slightly revived) insisted on going to the campground. She can be stubborn when tired.

I watched her carefully as we pulled onto the highway. Her head was sagging to the side, and she wasn’t holding the line as straight as usual. Fortunately her better sense kicked in and she followed the GPS to the nearest hotel we’d looked up (which was only one exit up the road). I went in, and checked the room out (she doesn’t trust the cheap hotels anymore), then booked it. By the time I was done she was sound asleep on the tank bag again. Honestly, I would have taken it in just about any condition short of cockroaches and horrid smells, but it’s not bad. Smells of old smoke covered by Fabreeze-ish stuff but I’ve come to the conclusion that if a state has allowed smoking in hotel rooms at any point in the past decade they will smell of cigarettes regardless of any claims regarding “non-smoking”. It’s just a question of how old the cigarettes are.

Walked her into the room, grabbed stuff from the bikes, and found her flopped with our support crew. 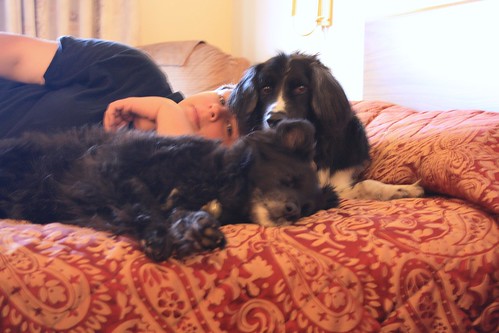 We’ve made up some of yesterday’s lost miles, and if nothing else, we’ll get some rest tonight. Tomorrow, Canada. Last night we realized that it was just as far to go through Canada as back down and under the Great Lakes. We’ve both done the latter, and agree that it’s lame. This part of Canada may not be great, but it’ll at least be different, and cooler.

Dachary’s Note The Ural was running in tip-top shape today. It was kinda shocking. I had power… UPHILL! I passed people! Multiple people! Sometimes on a two-lane state highway! And once… UPHILL! I dunno what’s changed, but this is the Ural we briefly glimpsed in New York/Pennsylvania. Every time we filled up, I was afraid the magic fu would somehow go away… but it lasted all day. Consistently 55–65MPH with power to spare, and very occasionally even up to 72MPH when I wasn’t paying attention and rolled on too much throttle. I think Stravinsky deserves a commendation today.