Last night’s home-cooked meal (pasta and beef chunks) didn’t go over so well with Dachary’s intestines and I was sent to fetch breadfast. ‘Twas a good thing though, because on the way there was a dead dog up against the curb. He would have been a cute one too. I really didn’t think it would have been good for Dachary to see that now, so I decide to not mention it either. We’re sad about leaving the bikes. We’re not sure how we feel about the end of the trip, we’re really missing our beasts, and sometimes seeing hurt doggies can really get to her. I’ve mostly tried to just compartmentalize that on the trip. Dogs get hurt, get mistreated… there’s nothing I can do about it. Their lives and circumstances are so radically different in Latin America.

Breadfast acquired and we take it easy. 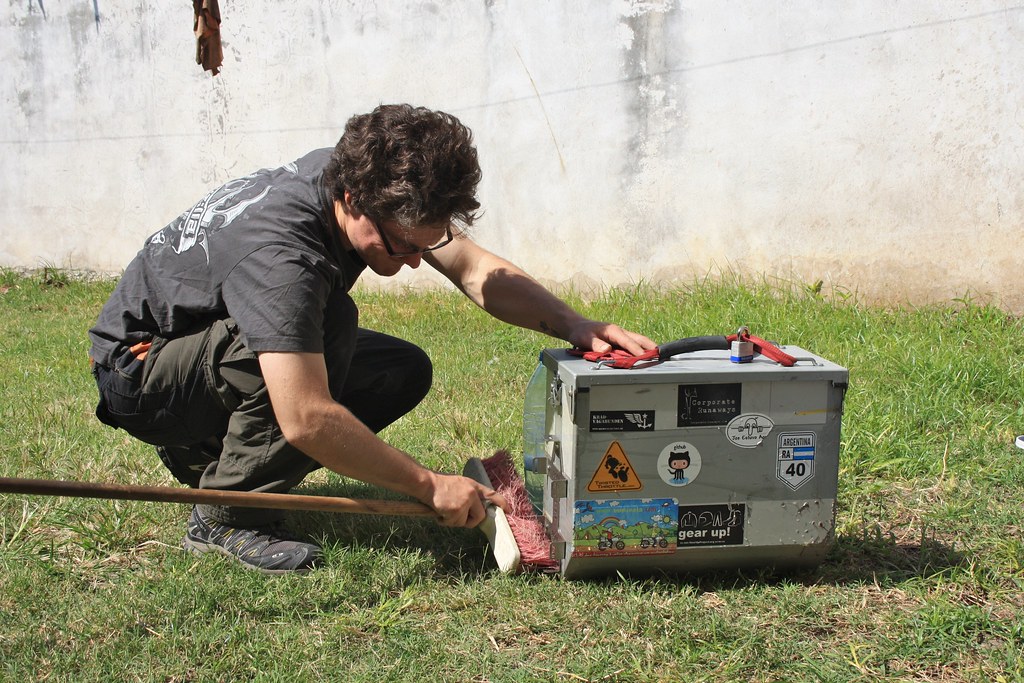 I set about cleaning my panniers. They’re covered in a film of dirt, and the fronts have tiny bugs splattered across them like little black sprinkles on a huge cupcake. I failed in my earlier attempt to remove the bolt-on Touratech bottle holders and the spare gas holder. Even with the correct sized alan wrench (Leatherman) the bolts just stripped instead of turning. So, I’ve decided to tent stickers over them so that they at least don’t *look* like pieces of bare metal sticking out. And, to do that, they need to have something clean to stick to.

After scrubbing them down with the broom I attack them with lots of baby wipes.

Our sandwich lunch from the Panderia isn’t particularly appealing today and neither of us want to finish it.

Dachary sets to work writing mortgage posts for one of her clients and working up a massive hunger. Sadly, it’s nowhere near 8 yet, and she can’t decide what she’d want me to get from the supermarket, largely because we don’t really know what our options are. Supermarkets down here aren’t like in the States. Sometimes you do hit big ones, but, mostly the selection is severely limited.

Dachary reminds me to take the armor out of my jacket. We’ve got space to pack it and it’ll help avoid questions at the airport. The jacket’s not so bad at an airport even with armor, because you can throw it on the conveyor belt. They weren’t so happy with the knee and hip armor in Panama because you can’t easily show them what you’ve got going on under there without stripping. 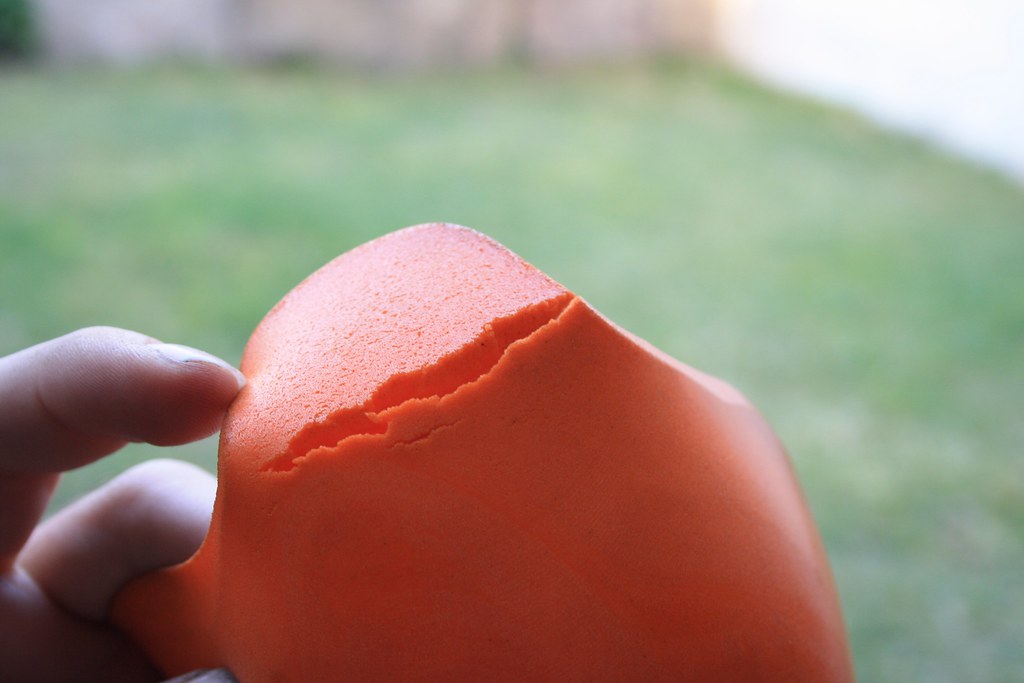 Anyway, I notice I’ve a crack in the tip of one of my pieces of elbow armor. Nothing serious as it’s just the thin bit at the tip, but it is annoying. Probably happened as a result of trying to get the stuff back after the last washings. Very difficult to get it to fit in its pockets, but at least it won’t shift in them. Maybe, with a little luck, the Armor’s still under warranty. Not sure if it’s been over a year since I bought the suit or not.

While we’re sitting around we hear Javier get a call from another rider. He’s 100k away and Javier will be gone when he gets here. I guess we’ll be letting him in. Before he leaves Javier gives us the scoop. It’s a Canadian rider who’s been here a couple times before, and is riding a F650GS like us.

Night falls, and we hear thunder in the distance… where is this guy? Eventually we see the lightning too. We’ve been holding off going out to dinner so that there’d be someone to let him in. Now we decide it’s best to send me out to bring something back before the heavens open up.

I throw on my rain liner (it’s pretty warm out) and track down a pizza for us. I would have done something else but they claim meat would take half an hour, and I’m pretty sure I’d be drenched if I waited that long. It’s already sprinkling out.

I head back, and no Canadian. Dachary’s been waiting in a chair just inside the door to make sure she heard him. Maybe he hit the other side of the storm and just got a hotel? We watch a little Top Gear when we hear an engine and then banging on the door.

Voila, one wet Canadian. His GPS died and he ended up asking the worst kind of people for guidance in getting here. There were very helpful, very ignorant, and very very wrong. But, eventually he made it. A bit wet, and in need of food, but that’s not uncommon for our kind. ;)

His name’s Gus, and he’d taken like nine months getting from Alaska to Ushuaia and had spread it over two trips. I think he took roughly the same route we did. We talked a little, but ended up cutting it short because we had to get up early to be ready for our 8:30 AM taxi.

Gus seemed nice, but we didn’t quite “get” his trip. It felt like there was some vital clue we were missing, and without that we didn’t quite understand why he was traveling in the manner he was. Nothing wrong with taking a while, or spending a month or two chilling in various towns, but the “why” eluded us.

Sleep, however, did not, although it was frequently interrupted to scratch mosquito bites. No screen doors at Dakar Motos.