The neighbors started arguing early last night. Initially I thought that the guy yelling was mentally retarded. Then I realized he was just yelling in Spanish. Unfortunately, they continued for hours and I couldn’t sleep through it. Then I was too hot.. then… Yeah, that’s right. I’m a picky bitch. :P

Anyway, we get up, hunt down some pandas at the Panderia, eat breadfast, and figure out what else we can pack in my panniers. We’ve decided to take mine on the plane and store Dachary’s here at Dakar Motos. We’d like to take them all but Copa only allows two checked bags and United Airlines allows zero… well, zero for free. First bag $25. Second bag $35. Go over size or weight on either of those and it’s another $100, per bag. If we had of known we would have taken the slightly more expensive itinerary because it was all Copa and would have required any baggage fees or a fracking long layover in DC. The end cost would have been about the same and the hassle would have been far less. Also, with the bullshit over the price skyrocketing after our card was declined on the flight we tried to book first I accidentally purchased the flight protection from Travelocity. Hopefully I’ll remember to try calling them tomorrow and see if we can get that refunded.

Where was I? Oh yes, luggage. We’ve decided we can leave more than half of the shit we had in our panniers because it’s useless without bikes. So we’ve packed that in Dachary’s. We’re leaving behind our sleeping pads, two 1.5 gallon gas tanks, one 2 liter gas tank, and one used tire at Dakar Motos for anyone who needs them. Javier has a small stack of used tires here for people too broke to afford a tire from his HUGE stack of new ones. If you need a tire near BA, check with Javier.

This leaves us with 2 helmets and 2 sleeping bags to get back home. There’s no space to leave them, and without them theres no possibility of riding… well, that’s not true. We’ve both got old crappy helmets that don’t fit nearly as well.

Joe and Vern wandered into town before they left and got luggage, so we dropped them an e-mail to find out where. Vern responded with good directions and said they managed to find bags for $50, so we hopped on the train and headed downtown. We’ve written down the maximum linear size (64 inches) and weight (50 pounds) for a piece of luggage in my Moleskine (a must bring item) but lack any way to determine how big the luggage we’re going to buy is. Fortunately I remember one of the street vendors outside of the downtown train station sells tape measures. Sure enough, they’re still there when get there and for 10 pesos I am now the proud owner of yet another tape measure. There are probably three at home in the miscellaneous drawer in the kitchen.

Most of the luggage we found was outrageously expensive. Seriously, what kind of people spend over $300 for a single piece of luggage… oh… wait… motorcyclists. That’s actually a pretty good price for a single pannier. hmm… 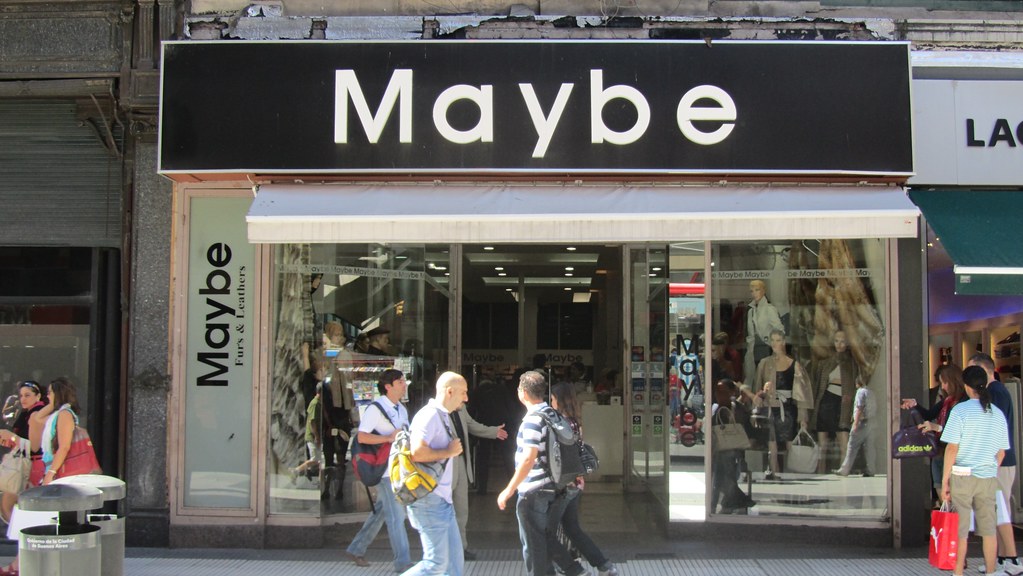 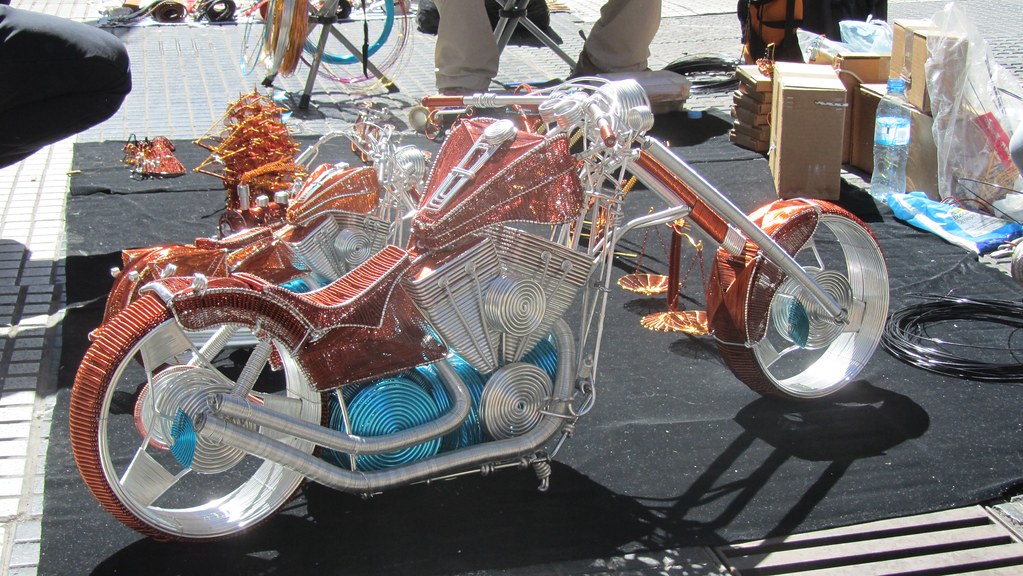 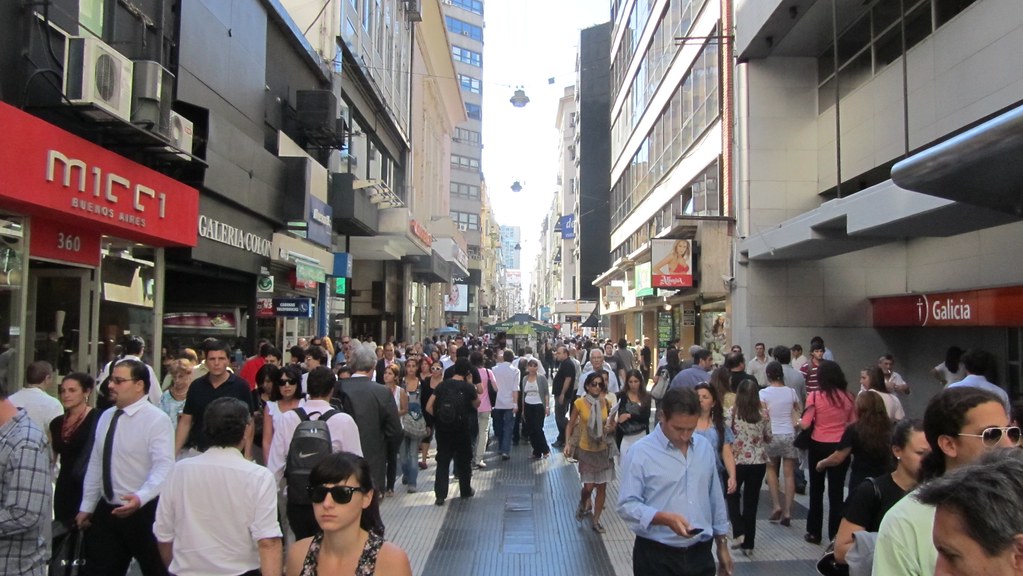 With a max price of 200 pesos ($50 US) we keep searching, and searching, and searching. We find a number of decent rectangular duffels for just under $50 US but are hoping for something with a bit more protection for the helmets. We find some stiffer things, but the helmets would barely fit and have no extra space for us to put padding around them. We take a break at a massive McDonalds that had two floors and at least 100 people spread out over 6 or 7 lines at a massive counter (not exaggerating) and a woman making sure people kept the lines all about the same length and writing peoples orders down on a form to hand to the cashier. I have never seen McDonalds employees work their asses of like these kids were.

Eventually we find the best compromise. It’s essentially a rectangular duffel with a stiff bottom, a handle and wheels on one end. At 199 pesos it’s twice as expensive as a normal duffel and has slightly worse construction, but in washington DC we’ll have to carry it, two panniers, the dry sack duffel, and two tank bags across the airport so we’ll be very grateful for the wheels, and the tape measure confirms that it’s under 64 linear inches (length plus width plus height). Like the tape measure, we’ve got one of these back home.

We negotiate the crowds and stop at every Cambio (money exchange) along the way, but no-one wants our Limpera or Quetzales. At this point we’re just crossing our fingers that one of the banks or money exchanges at home will take it because we’ve got about $150 US between the two. There were no money changers when we left Honduras or Nicaragua and we weren’t aggressive enough about hunting down banks in the next country. Also, I’ve got a shitload of change from pretty much every country along the way because no-one wants to take that. David passed on a good solution for that though. At his last fill-up of any country he simply hands over all the coins he’s built up during his time there and has them put in that much gas. It’s kind-of a shitty thing to do to that last gas-station attendant, but it does solve the excess change problem. 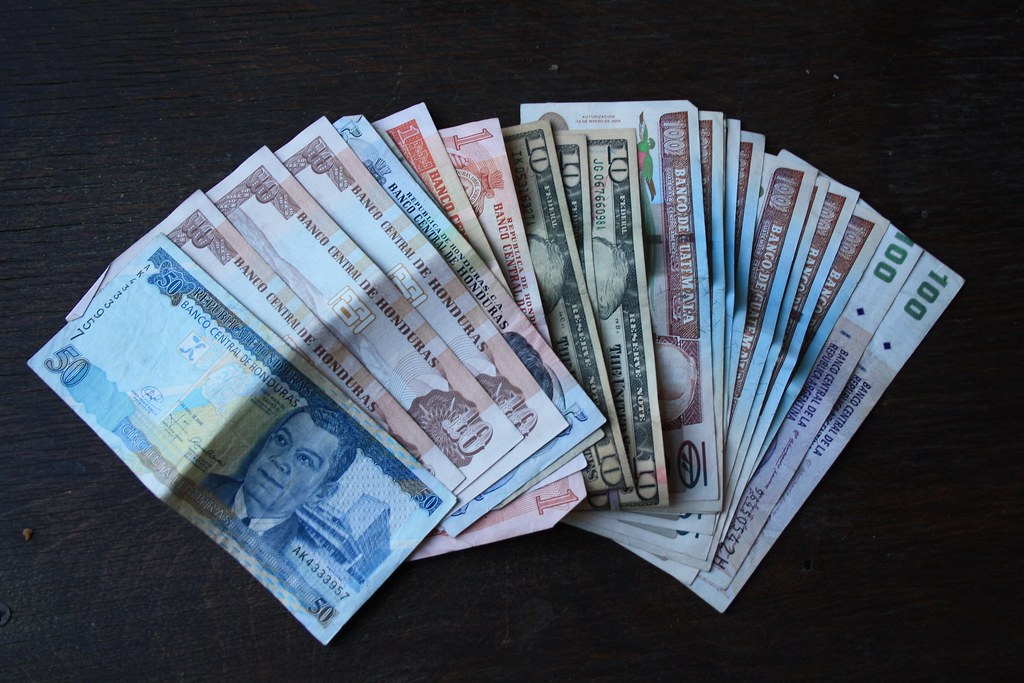 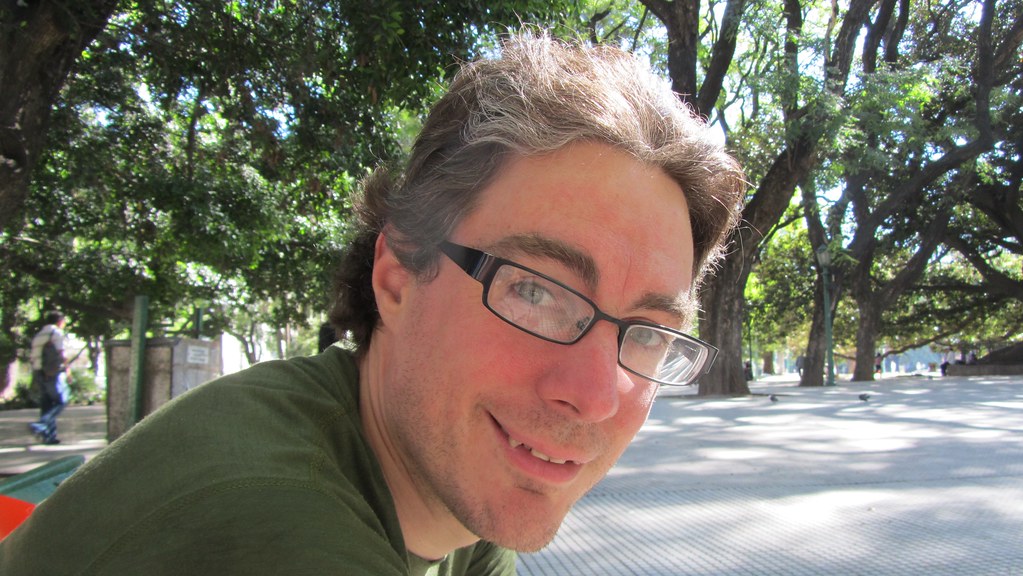 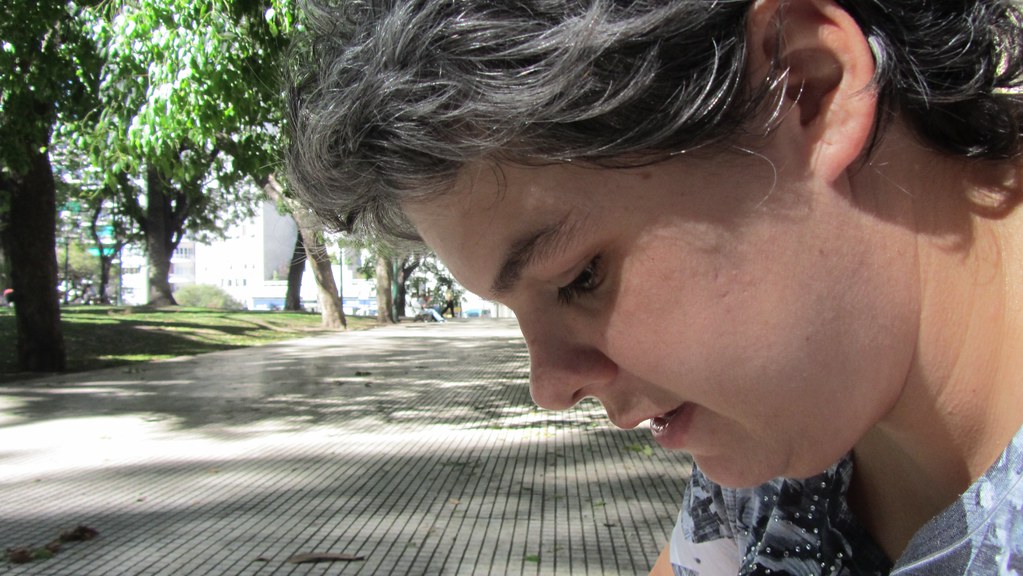 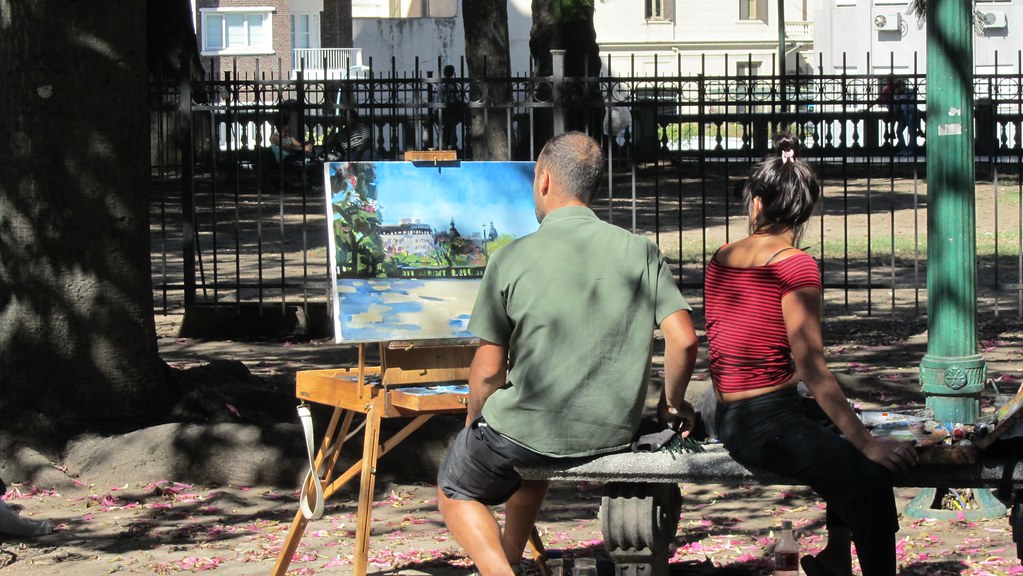 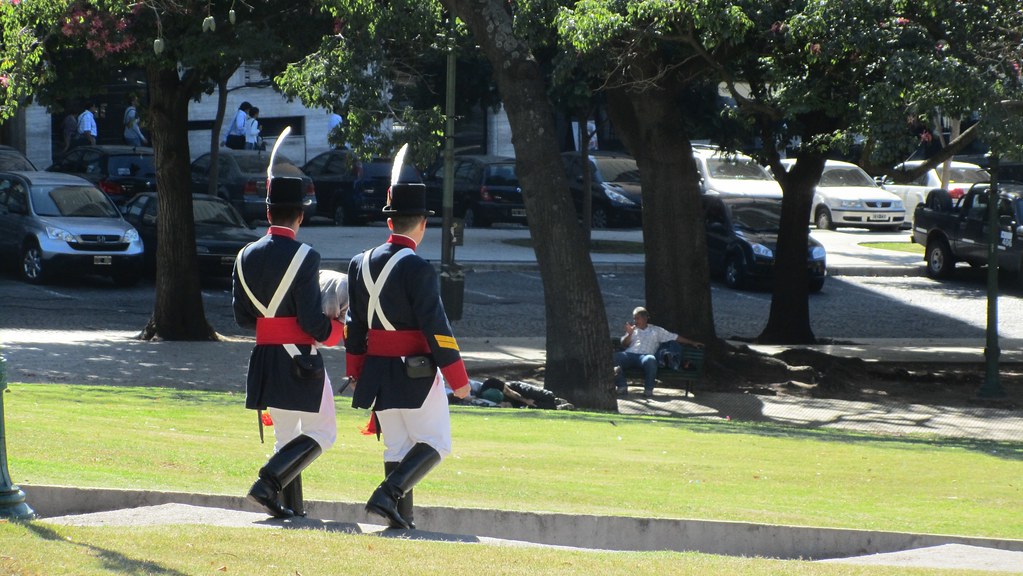 Tired of walking we chill in the park, then make our way to… Starbucks with a BMW! Dachary is a massive Starbucks fan and one of our friends gave us a Starbucks card when we left hoping we could use it along the way, and the BMW clinches it. We’ve got to go in. 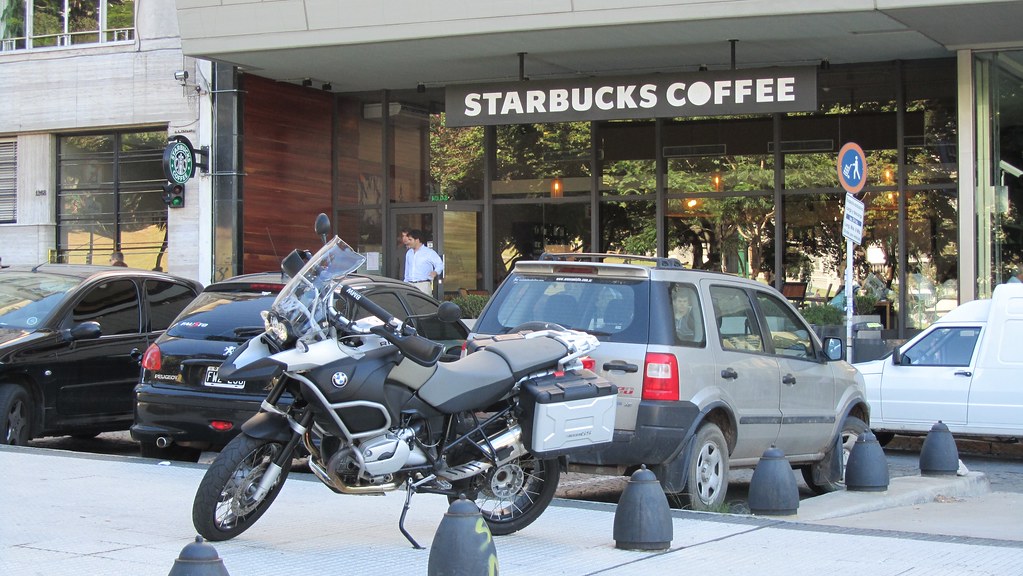 Unfortunately, Starbucks cards don’t work in Buenos Aires (it did in Mexico City), but we get a couple drinks and sit in the comfy chairs watching the world go by and pondering how best to acquire money to free our bikes. Discussions of bills lead to a mini-revalation that might actually help us get a fair way to our goal. I inherited a decent piano when my mom died and I should be able to get it out of storage without too much expense… I hope. We’re not sure what it’s worth, but IF we can get it and IF it sells within a few months it’ll make a nice dent in the $6k we need to raise. So, those drinks definitely paid for themselves. 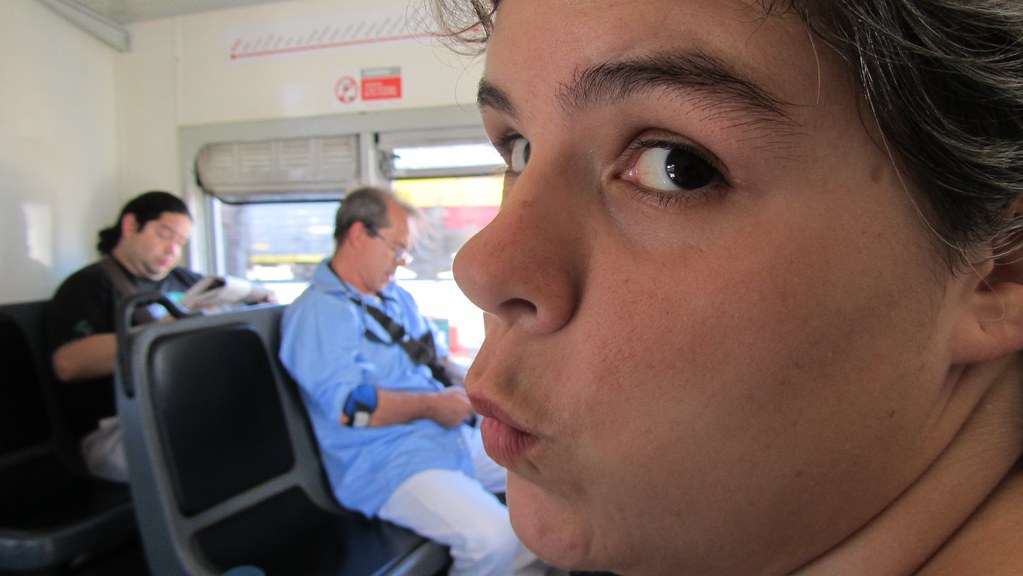 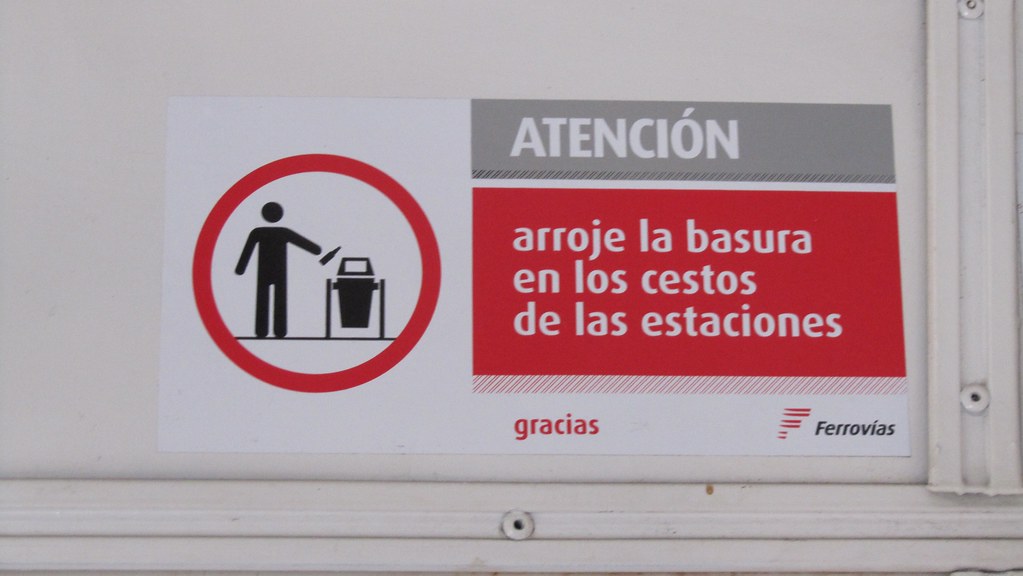 Get drunk with the robot. 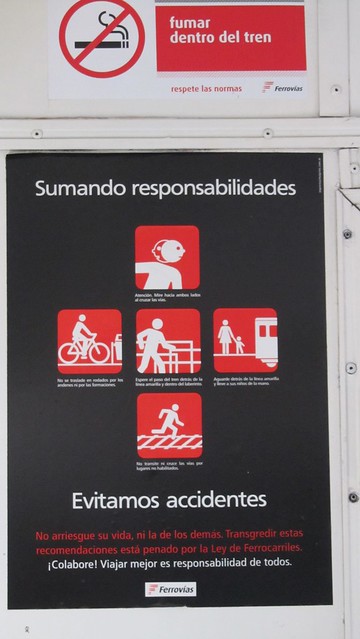 Emulate Janus.
Ride bikes with robots.
Run through the corrals (see picture below).
Swing your child in front of the train.
Run on the tracks. 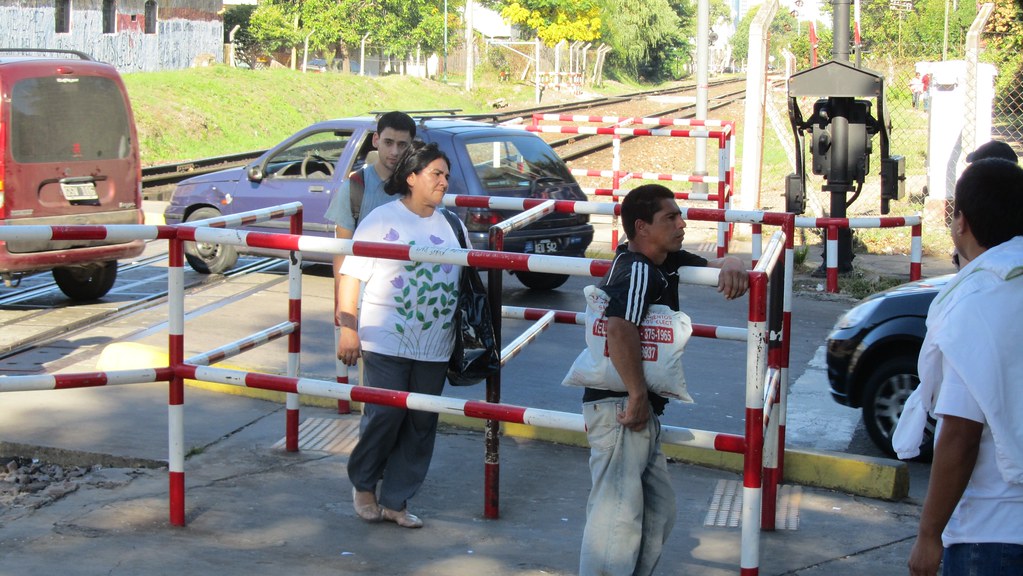 For future Runaways staying at Dakar Motos this is the place to eat. Everything else around here looks a little skeezy, but this place has nice people, nice space, and good foods, reasonably priced. We ate here twice with David, and David got a beer both times, and we still spent less than we have in most of the places we’ve eaten dinner in Argentina. 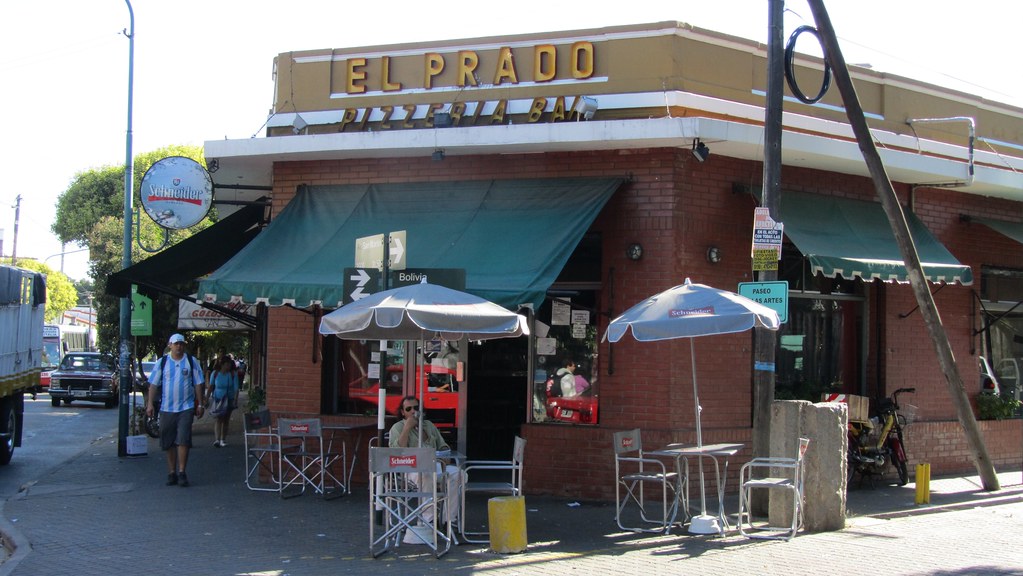 Tonight or tomorrow we’ll pack up the new wheelie-duffel.

On a related note Sandra informs us that new TSA regulations say that you can’t ship any personal items with your bike*. That means that your panniers either have to be empty, or only contain bike parts when you ship it. So, if you’re planning on shipping your bike to the US, you’re going to have to hunt down luggage too. Also, she advises that you give her just under one month’s warning if at all possible to arrange shipping to get your bike home (quotes from the cargo companies are only good for one month anyway). I suspect she can do it in less if needed, but it’s always safer with lead time.