There was rain in the forecast last night, and as we ate dinner in a nearby restaurant we watched cloud lightning as the edge of the storm rolled in and the wind just kept picking up.

For me it was exciting because it wasn’t just wind blowing like it does on the plains of Patagonia. This was wind with a purpose. It was bringing a storm. When would it come? What would it be like? As a precaution, I pounded down the tent pegs some more so the wind wouldn’t rip the fly away, and then huddled in the tent listening to the fly flap and flap and waiting for the rain.

I kept waking up listening, wondering, and not getting back to sleep. Then the rain came, and came, and Came. It billowed. It poured, and everything was drenched… except us!

(Dachary’s note: I did get wet, actually, but it wasn’t our tent’s fault. Just before 1AM, I woke up for a mid-night pee run, and it wasn’t raining yet. Yay! But a few hours later, it was POURING rain – apparently I’d managed to sleep through the beginning of it – and I had to go out to the bathroom again. Had no choice. I bogarted Kay’s waterproof boots, which turned out to be perfect because there was deep mud and lots of standing water between me and the bathroom. Even using Kay’s little umbrella that lives in his Camelbak, I got pretty wet – but the stuff in our tent didn’t. Just me. Boo on late-night pee runs in the rain. It’s the one thing I *really* don’t like about camping.)

I have GOT to hand it to REI’s tent designer. Our Quarter Dome T3 Absolutely kicked ass last night. No rain in the vents. No condensation in the morning and even though our tent was sitting in a puddle of soaking wet sandy mud none of our stuff was wet. I think a little moisture did seep through under our mats because of the pressure of our bodies but not enough to pool, and our sleeping bags stayed dry because of the mats. 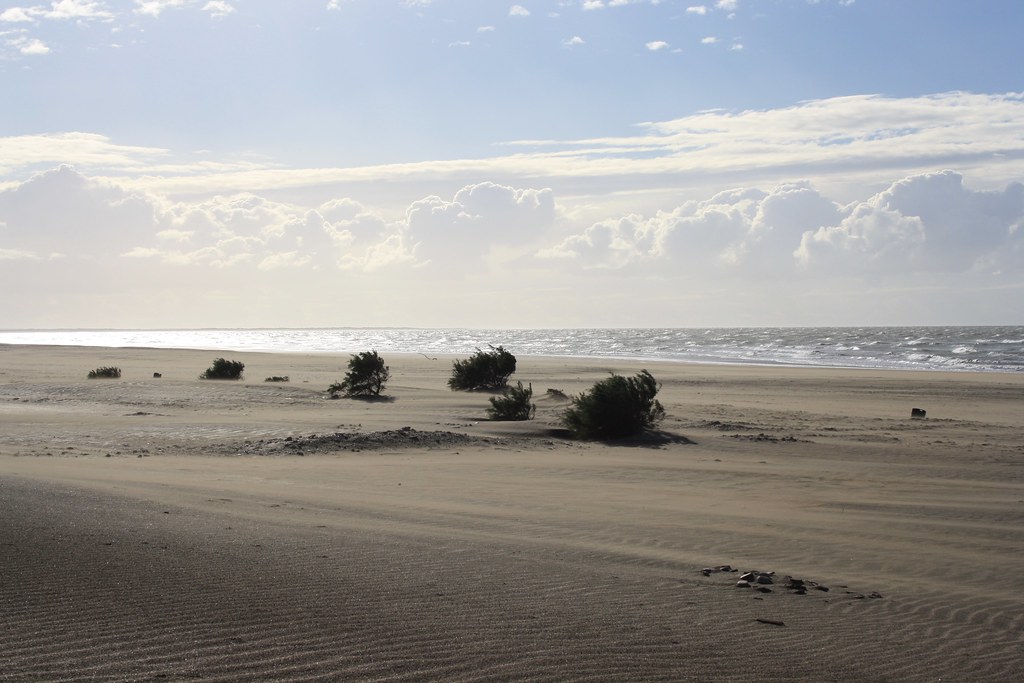 When morning came, we did our AM bathroom run (the rain had stopped) and sat around in the tent, reading and being lazy. At one point, Dachary asked “Are those four little dog paws by our tent fly?” The wind was still flapping the fly, and every time it flapped up we could just catch a glimpse of little white dog feet. I opened the fly and it was our friendly neighborhood campground dog. We gave him some pets, and he poked his head into our tent to get some love from Dachary, too, but stayed outside under the fly like a well-mannered little dog. After getting some pets, he wandered off to do whatever campground dogs do when they’re not hanging out with guests.

The ground dried out pretty quickly after the sun came out, and we spent the day doing pretty much nothing: reading, watching a little TV on the iPad, unexpectedly tasty lunch at the place next door, napping… it was pretty good. But then we decided it was time to make dinner. The stove has been finicky this whole trip (not that we’ve camped much but…) and we needed it to keep water boiling for over fifteen minutes.

We crossed our fingers, waved the cleaning magnet, hooked everything up, pressurized the bottle and… nothing. More Pressure!!! pfft. spittle. nada. Fuck. We grabbed the instruction manual. We disassembled the stove. We cleaned the needle. We cleaned the nozzle. Neither of them needed it, but we didn’t know what else to do. We reassembled everything. We hooked everything up. We pressurized the bottle and… nothing.

Dachary said there was nothing left to do, except something the manual mentioned about replacing a fuel filter, but we didn’t have a replacement. I looked at the manual. It said you could actually run for a while without the fuel filter but there would be more soot from the flames. I don’t mind soot. I grabbed a paperclip… What? You don’t have a paperclip in your kit?! I poked the teeny filter out. I put the pieces back together. I hooked everything up. I repressurized the bottle and… huge fucking flame! Like three feet high! 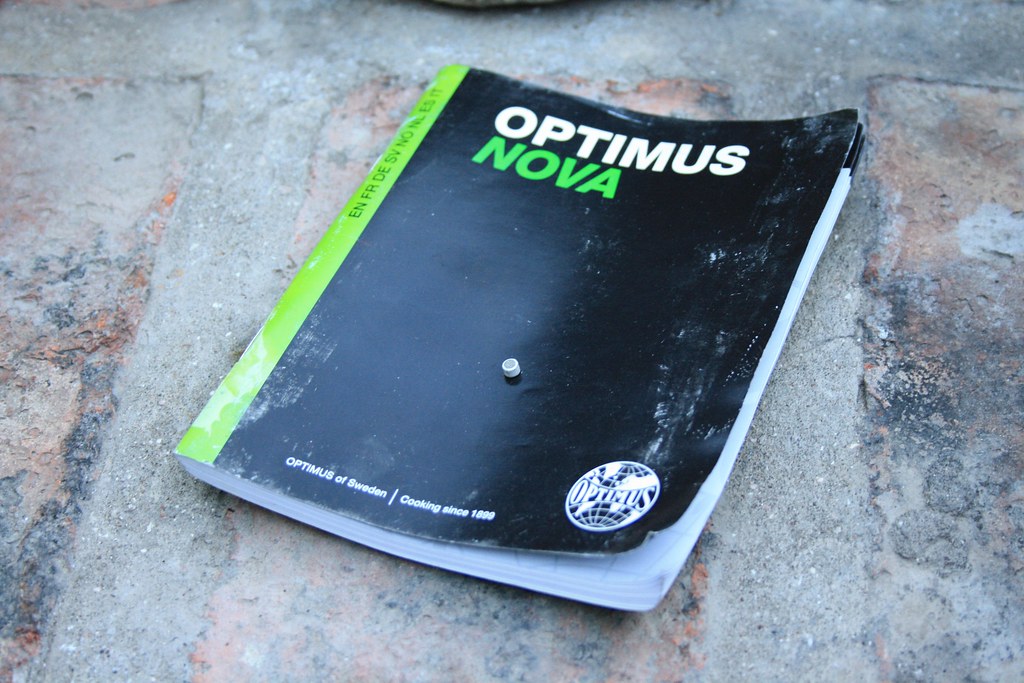 A little adjusting, a little burning off the excess, and soon we’ve got hot water… wait. What’s that weird stuff floating in the water? I’d be ok with tap water being boiled, but I’m going to have to agree with Dachary about floaters being bad. We break out the water purifier. Pump pump pump pump SPEWWWWWW all over my crotch. 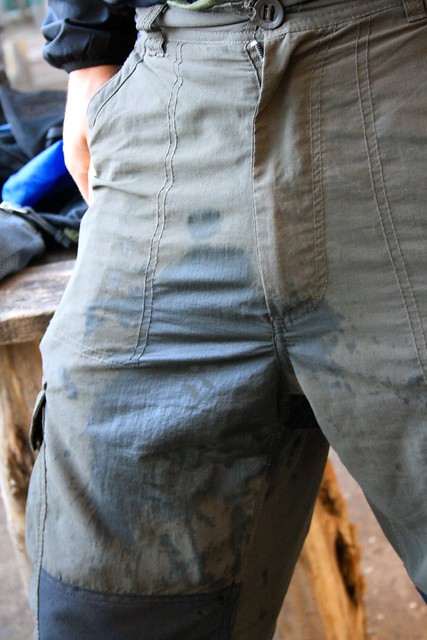 Apparently the filter had reached its limit. The crap buildup was enough that it couldn’t fit water through. Fortunately we had a spare; a spare, I should note, that I never thought we would actually use. I figured that since we were filtering clear looking tap water most of the time, and not pond-scum there would be very little to actually build up in the filter. Apparently I was wrong. I dug the new filter out of the bottom of the pannier, swapped it out, and continued pumping. 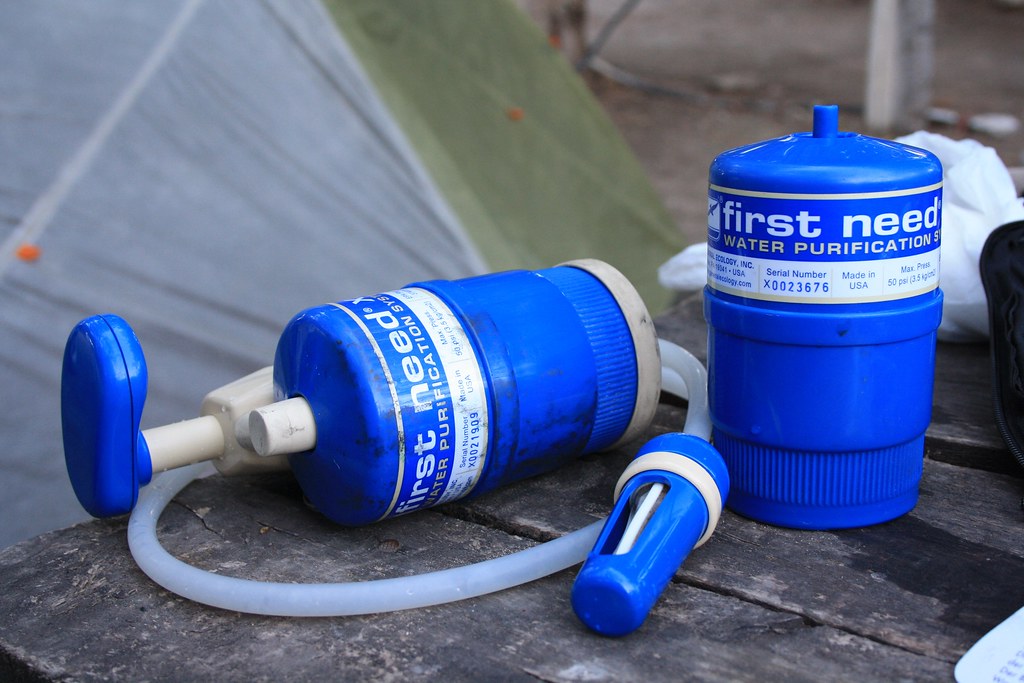 Side note: This is one bad-ass water purifier (not filter). It can remove “… contaminants down to 0.1 micron, including giardia and cryptosporidia.”

In the end it took us an hour and a half (literally) to boil water. 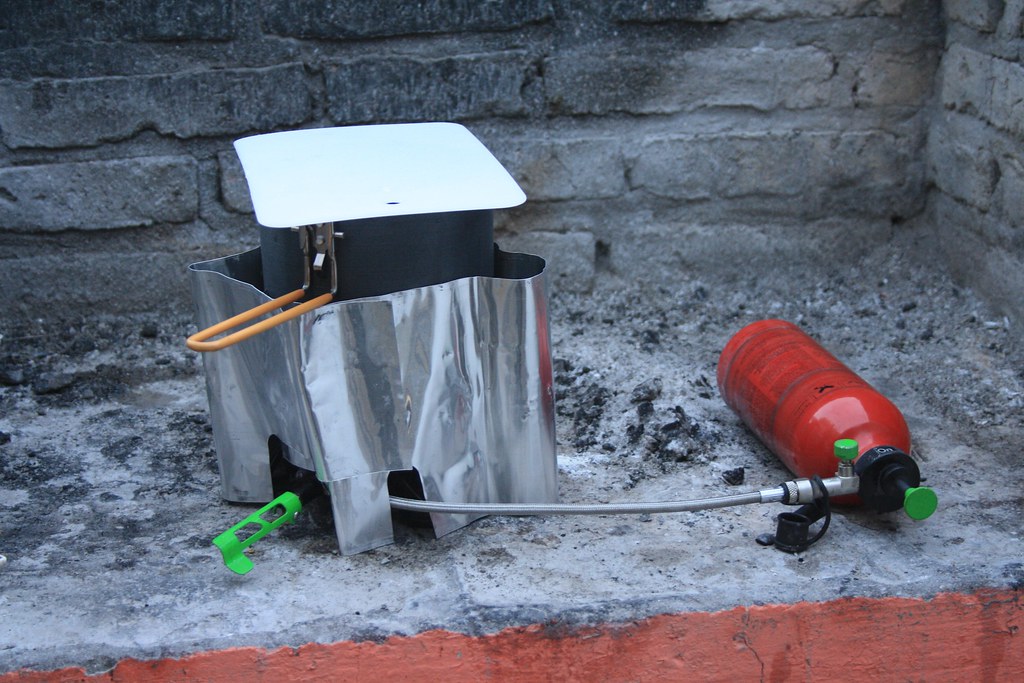 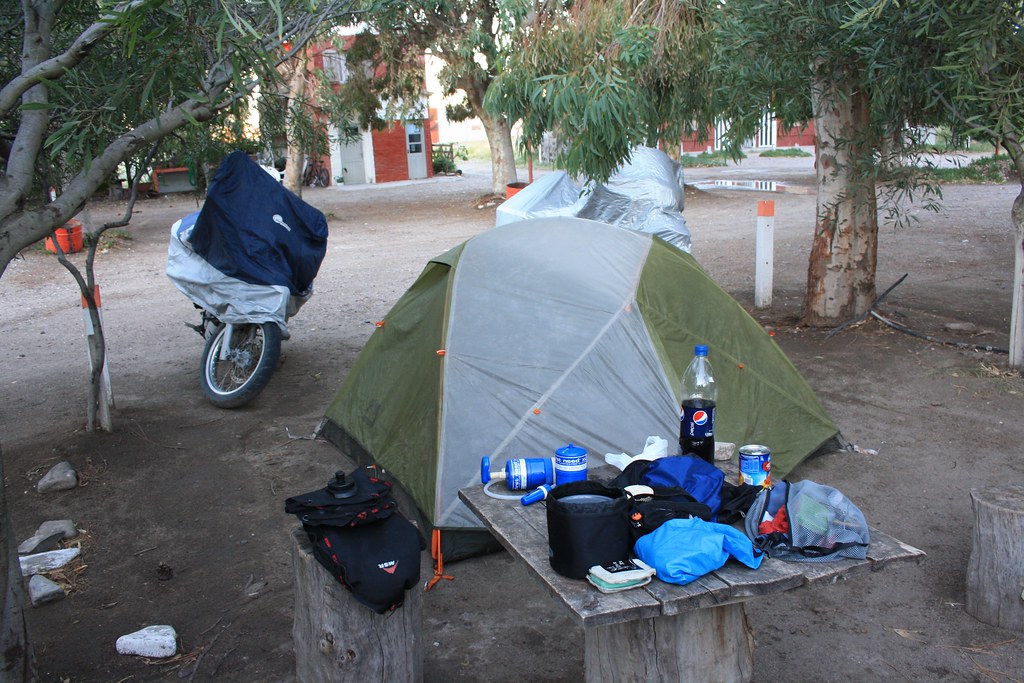 On the up-side my pants dried quite quickly.
On the down side, after an hour and fifty minutes (twenty more to get the tortellini finished) we discovered that the food was so bad that even the campground mutt wouldn’t eat it. Really. We only ate it enough to curb the hunger and tried to foist some of the remainder off on the dog, who wanted nothing to do with it.

We did watch a wonderfully funny episode of Top Gear while we ate though, and that helped distract from the flavor… somewhat.

Before going to sleep we checked the weather for the next night. Weather.com claimed a low of 54 and a current (three hours earlier) temperature of 48… we were not filled with confidence. Google had it right though. Did you know you can just type “weather for place_name_here” and it’ll give you a forecast? Google’s claimed temp was 43, which sounded about right, and suggested that tomorrow night we’d freeze our booties off if we tried to camp. Guess we’re not staying another night.