Last night, a little after midnight we woke to the sound of rain pouring on our tent and Dachary really needing to pee. I remembered I’d shoved a teeny umbrella in my Camelbak, which made the endeavor slightly more bearable. Upon seeing the time I decided to try and hold mine for another seven hours or so; hoping the rain would be gone by then. 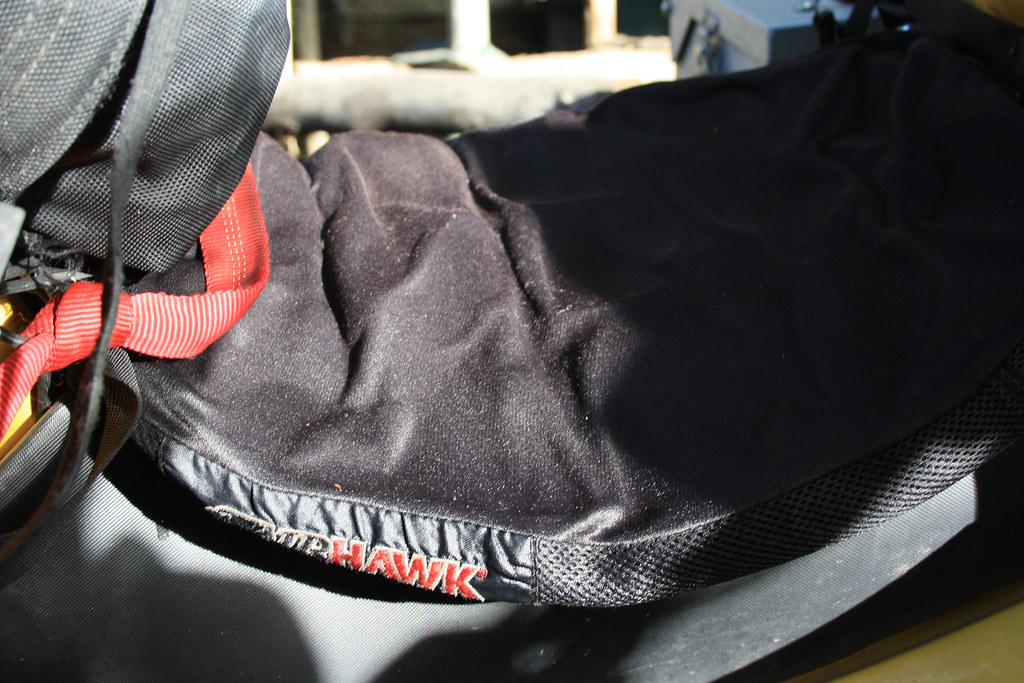 (Yeah, that’s right, another morning of wet ass thanks to my Airhawk cover)

We had bought eggs the other morning, and fully intended to cook them for breakfast, but with intermittent sprinkles in the morning neither of us was very into the idea, so we went back to the restaurant at the hostel and were told us we could have the lame bread buffet but no eggs. Damn. With a forecast for rain, and cold we figured maybe we should just stay another night, only in a room this time. But, it was 150 pesos with a communal bathroom. Maybe some of the other hostels in town would have a cheap one with a private bath.

Back to our favorite restaurant in town which wasn’t open yet, but has an employee waiting to be let in. Fuck it.. Pandareia across the street… hmm unhappy looking croissants. We go to check the hostel next door but it doesn’t look very open. When we turn around though the employee was nowhere to be seen. It’s nine minutes before nine AM and our choices are gas station breakfast (ham and cheese sandwiches) or tasty restaurant. I vote for tasty restaurant. I’m sick of gas station food.

Eventually, the door opens and we go in. Dachary pokes the net on her phone while we eat tasty omlets and discovers that while there are plenty of cheap dorm style rooms in El Calafete (averaging just under 30 pesos ( about $8 US )) anything with a private bath is pricey. According to the weather forecast tonight is going to be too chilly for us to camp again, so we decide to split town. The only point in staying here is to save money while killing days waiting for the plane. Also, it feels wrong to me to be sitting still so long. Why aren’t we going forward? It’s in my blood now. Forward… Forward… Forward! Not sure what’s going to happen when we get home.

But, the weather’s sprinkling off and on, and we don’t really want to go, because we think we’re going to get rained on, and it’s already cold. So Dachary decides to fiddle with her tail light, which has gotten increasingly wibbly. It bounces up and down constantly as she rides. We think it’s partially by design, but it’s been getting worse.

Unfortunately, we can’t figure out how to get to the damn screws. Maichek comes over and he and Dachary poke at it, read the repair manual, and generally wonder what the BMW designers were smoking when they came up with the idea for the tail light assembly. I puttered around loading and packing the remaining stuff until eventually they gave up. I think we’ll have to take off the entire back end, remove the wheel, and sacrifice a chicken to get to the nuts in question. 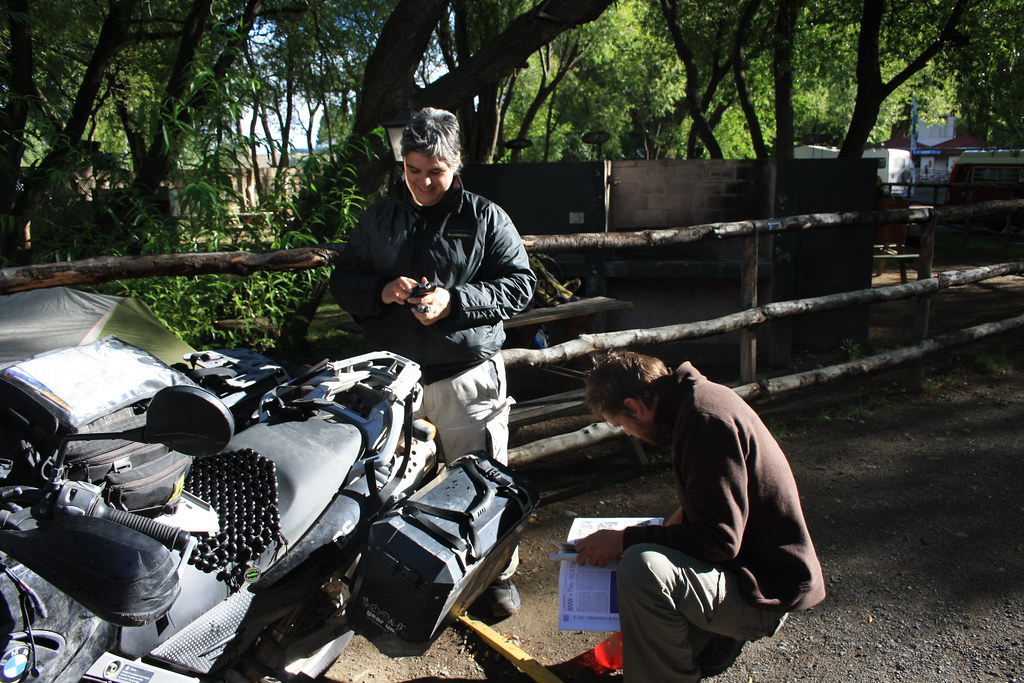 So, we pack up, say goodbye, and hit the road. 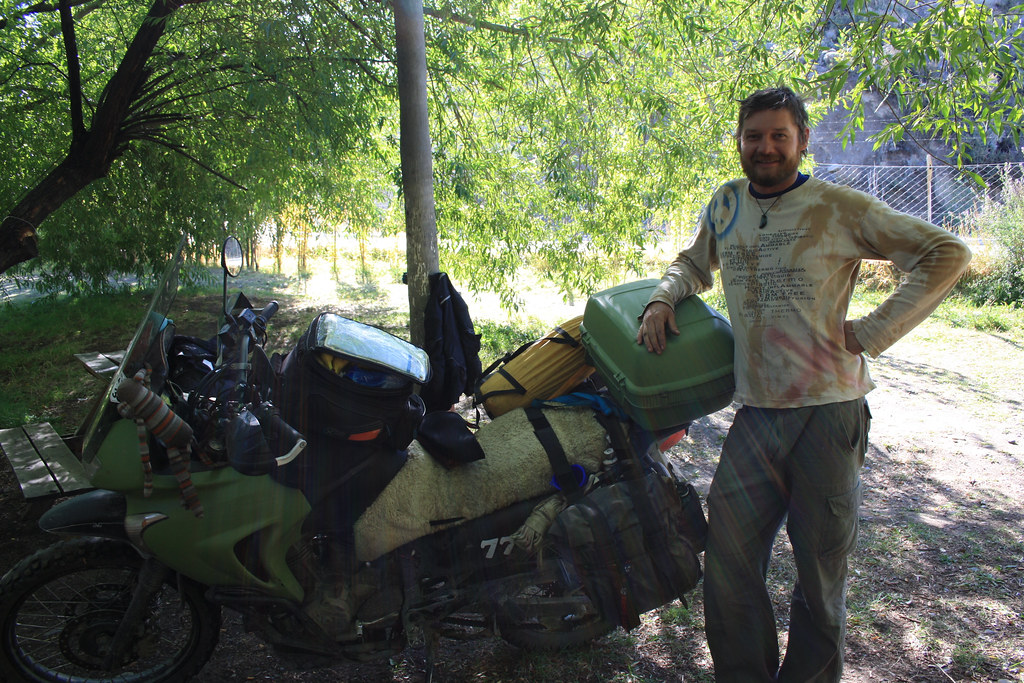 The road is utterly lacking in rain. Puffy clouds in clear blue sky.

I’m gradually turning my electrics down more and more. We are very happy campers. And then, we climb a couple hundred feet onto a higher plain where a cold winter wind eats into us from the side. I start turning up the electrics more and more. Soon the snot in my right nostril has frozen. This is not *quite* as good. 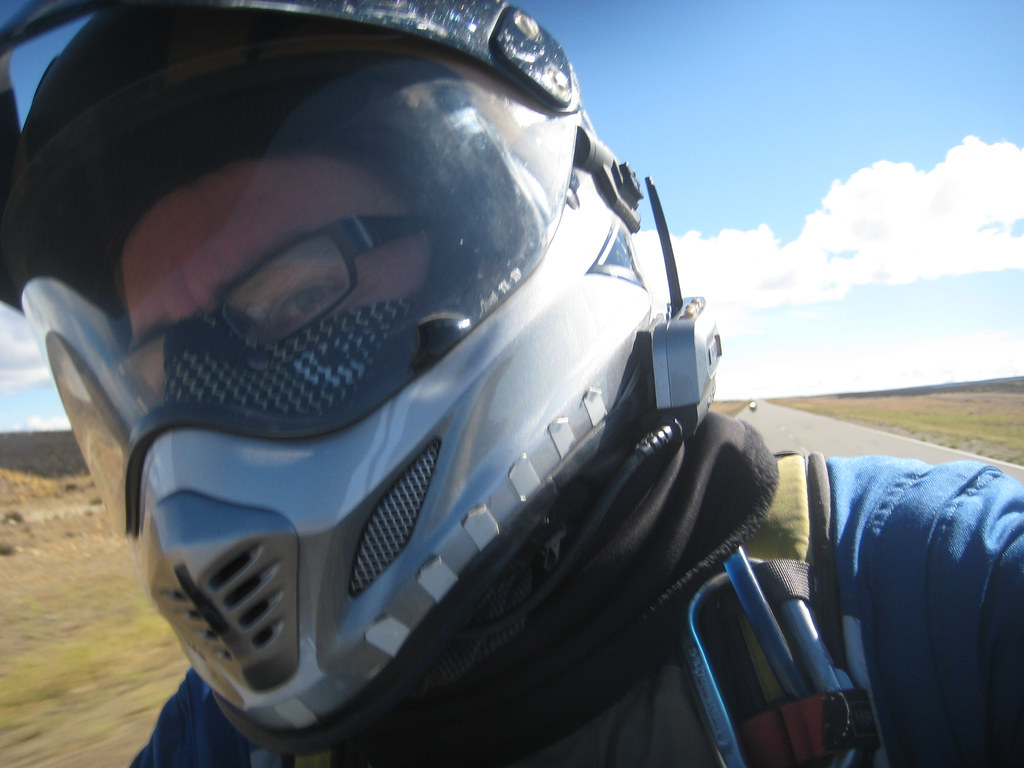 We stop for gas and debate where we’ll stop tonight. Neither of us wants to stay in Rio Gallegos again. It’s not that we dislike the town. It’s that we’ve already stayed there twice. We think we can cover the 300 kilometers to the next town north of it before dark, but we need to get lunch now, because we can’t afford to have Dachary skipping food for that long.

When we get in though, there are no sandwiches. The sandwich shelves we got lunch from before are bare. Shit. But, then a man brings ketchup and mustard out to a couple sitting at a table. They’ve got silverware too. What’s going on?!

So, yeah. Food. Not bad, but not… huge. It’s a bit much for one person, but not quite enough for two.

We press on. Lunch has taken an hour even though we didn’t dawdle, and Dachary says we’ve got an hour before we hit the turn where we’ll have to commit to going north or Rio Gallegos. Half way there though I’m fighting not to fall asleep. I’m catching myself in a few of those “oh shit” moments where you realize that while you weren’t asleep you weren’t entirely aware of what the road was doing for a second. This isn’t safe, and, as much as I hate to do it, especially when it’s only a little after three PM, I tell Dachary we need to go to Rio Gallegos because I’m just too tired.

So that’s what we do. I think one of the great things about both of us as riding partners is that we put safety before everything else. Dachary makes sure to keep talking to me for that last half hour, because it’s the only thing that keeps me awake in these situations.

The police checkpoint on the outskirts of town makes us pull over so that he can write down our license info. We think it was really just an excuse to admire the bikes for longer, because after asking where we rode from he tells us it’s a dream of his to go on a ride like ours.

I hope he does.

There’s a gas station as you come into town, and they have real food. It’s not been long since lunch but Dachary’s “starving” and I could eat more, and neither of us wants to eat at the expensive restaurant in town. I say THE expensive restaurant because while I’ve walked miles around here we can’t find another restaurant. We’re sure there is one. It just isn’t anywhere near the hotel. But the gas station provides us with two huge Lomito Completo sandwiches. In South America, whenever a sandwich is labeled as “complete” it essentially means “with the works” but you never know what “the works” constitutes. Avocado? Egg? Cheese? Lettuce? It’s a crap shoot usually, but this time the signage actually tells us we’ll be getting lomito (beef), egg (fried), lettuce, and tomato. It’s pretty effing tasty, and while we may need a snack later on we should be able to avoid the restaurant.

The Hotel Paris has a room for us again. Yay. But it smells like smoke. Boo. They’ve got another one for us. It smells like weird. We go for the smoke as it’s a nicer room.